What does a notary public in London actually do?

London is the commercial hub of the UK and has a large concentration of companies and individuals that deal with transactions abroad. As such a notary public in London can be very busy.

A Notary Public is a fully qualified lawyer - a member of the third and oldest branch of the legal profession within the United Kingdom. He is appointed by the Archbishop of Canterbury and is subject to regulation by the Court of Faculties. The rules which affect Notaries Public are very similar to the rules which affect Solicitors. A notary must be fully insured and maintain fidelity cover for the protection of their clients and the public. In addition, a notary must also keep clients' money separately from their own and comply with stringent practice rules and rules relating to conduct and discipline. Notaries also have to renew their practising certificates every year and can only do so if they have complied with the rules.

Functions
A Notary Public is primarily concerned with the authentication and certification of signatures and documents for use abroad.

History
The origins of notaries goes back over two thousand years to Roman times. A notary was initially know as a scribe and was a mere copier and transcriber. Over time they became a more learned profession and took a prominent part in public and private affairs. In the last century of the Roman Republic a new system of shorthand was invented and a writer who adopted this method was called a notarius.

Moving forward a thousand years, notaries began to be introduced to England. The first record of a notary in England is from the time of King John in 1199. Notaries were at this time aapointed by authoity of the Pope through a papal legate.

Following the Reformation in the 1530s notaries were appointed by the Archbishop of Canterbury. This continues to this day. 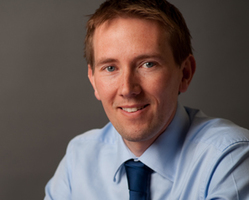